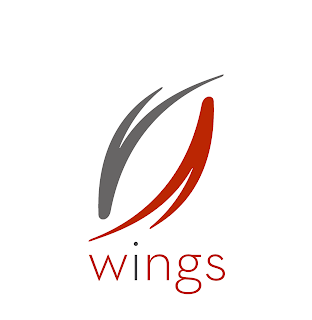 When a group of young Adirondack enthusiasts first met in 2009 they never imagined the energy and passion they brought would grow so quickly, drawing in other like-minded people to form Wings. Wings recently launched, bringing together the next generation of Adirondackers who want to share their passion for the natural world of the Adirondacks, while supporting the important educational and environmental work of The Wild Center.

According to the Adirondack Park Regional Assessment Project Report, if current population trends continue in the next 20 years, the Adirondacks will rival Florida’s west coast as the region with the oldest population in America. It is time for the younger generation to actively participate in the future of the Adirondacks. Wings will encourage and engage this exciting group of 21-45 year olds who live in and outside of the Adirondacks in social, educational and philanthropic ways. They will come together for regular gatherings where they can network, develop a greater understanding for the natural world of the Adirondacks and support the programs and initiatives of The Wild Center.

Ed Forbes and David Bickford, Co-Chairs of the Steering Committee, will serve as Wings representatives to the Advisory Board of The Wild Center. A former resident of Lake Placid, Ed graduated from St. Lawrence University in 2002 and joined the staff of the Adirondack Daily Enterprise as a reporter covering Saranac Lake and the Adirondack Park Agency. In 2003, he became the editor of the Lake Placid News. He left the News in 2007 to pursue a Master’s degree at the Columbia University Graduate School. In 2008, he became an editor at The Journal News in White Plains. He and his wife, Emily Hunt Forbes, live in Bronxville and visit the North Country as often as they can. “Emily and I think about and miss the North Country every day,” said Ed. “While I grew up in northern New Jersey and she was raised in Buffalo, we consider the Adirondacks our home. Wings, to us, offers a range of opportunities: We can connect inside the Blue Line and out with other expatriates who share our love for the region, we can learn more about the Adirondacks’ natural wonders and we can support the critical mission of The Wild Center.”

Dave currently lives in New York City with his wife and six-month old daughter. A 2000 graduate from St. Lawrence University, over five generations of his family have been going to Upper Saranac Lake since the 1940s. He currently works in ad sales at CNBC.

Joining Wings provides numerous opportunities for attending Wings events in various locations and visiting The Wild Center. Wings participants will see their contribution make an impact at the Museum in the form of a collective annual gift toward a specific program or exhibit.

Using an email mailing to announce the launch of Wings demonstrates how the group will continue to communicate and spread the word. “The way of the world has shifted dramatically towards internet-based communication and social networking,” said Dave Bickford. “If we can use it to harness the energy of our supporters, while using fewer resources and funds, it won’t matter where someone is in the world. If they love the Adirondacks and want to be involved, they can. We plan to use our Facebook fan page to keep in frequent communication with everyone. Our social events will be both inside and outside of the Adirondacks, enabling everyone to meet in person too.”

The Wings Steering Committee is actively seeking like-minded supporters, people who want to get together with others who share a love for the Adirondacks, be future stewards of the Adirondacks, and get involved in Wings. For more information, visit www.wildcenter.org/wings.