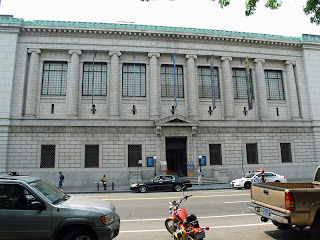 The New York Times is reporting that the New York Historical Society’s plans to build an enormous tower in Central Park West has been seriously revised following heavy pressure from historic preservation interests:

After a year and a half of controversy and intense opposition by preservationists and neighborhood groups, the New-York Historical Society at 77th Street and Central Park West has abandoned its pursuit of a $100 million, 23-story luxury condominium tower, along with a five-story annex that would have risen above an adjacent empty lot the society owns at 7-13 West 76th Street.

Instead, the society has embarked on a $55 million, three-year renovation of its galleries, entrance and facade that will create a permanent main-floor exhibition hall showcasing some of its treasures, an interactive multimedia orientation program in its auditorium, an 85-seat cafe and a below-ground children’s gallery and library, society officials said…

The New York Historical Society is the city’s oldest museum and research library. It was founded on November 20, 1804. Facing economic distress and inadequate management the society limited access to its collections in the early 1990s. In 1988 hundreds of paintings, decorative art objects, and other artifacts were discovered in horrendous conditions in a Manhattan art warehouse. That same year, the board dismissed nearly a quarter of its museum staff, closed half of the gallery space and curtailed visiting hours. James B. Bell, the society’s director since 1982, resigned.